A customer journey model, like a marketing funnel, is helpful when tracking customer progress toward a desired action (conversion). As with any decision path, the coordination of sound strategy and timing of tactics is key to success.

The goal of any sales journey is to be in the right place at the right time.

Have you ever tried to hit a firefly with a pebble? In today’s morass of messaging, marketing must work harder and smarter, looking beyond the finite universe of tactics to satisfy strategies that coincide and bring the customer positive brand experiences in a timely manner. If we understand the circular (and at times organic) nature of the customer journey and look beyond our tactics to products and properties that enhance and capture brand advocacy, we increase our chances by launching not just the same pebble our competitors have access to, but multiple pebbles from different directions, at the right moment. With this type of approach in-mind, your chances for building a strong, sustainable brand increase exponentially.

Focusing on Customer Experience is Key to Marketing ROI

Once when I was conducting brand research for a large regional bank, I was interviewing commercial customers and prospects and heard one piece of unexpected feedback over and over. ‘Quickly. I want the answer quickly, even if it’s ‘no.’ It’s interesting that getting turned down for a loan can be considered a positive customer experience. 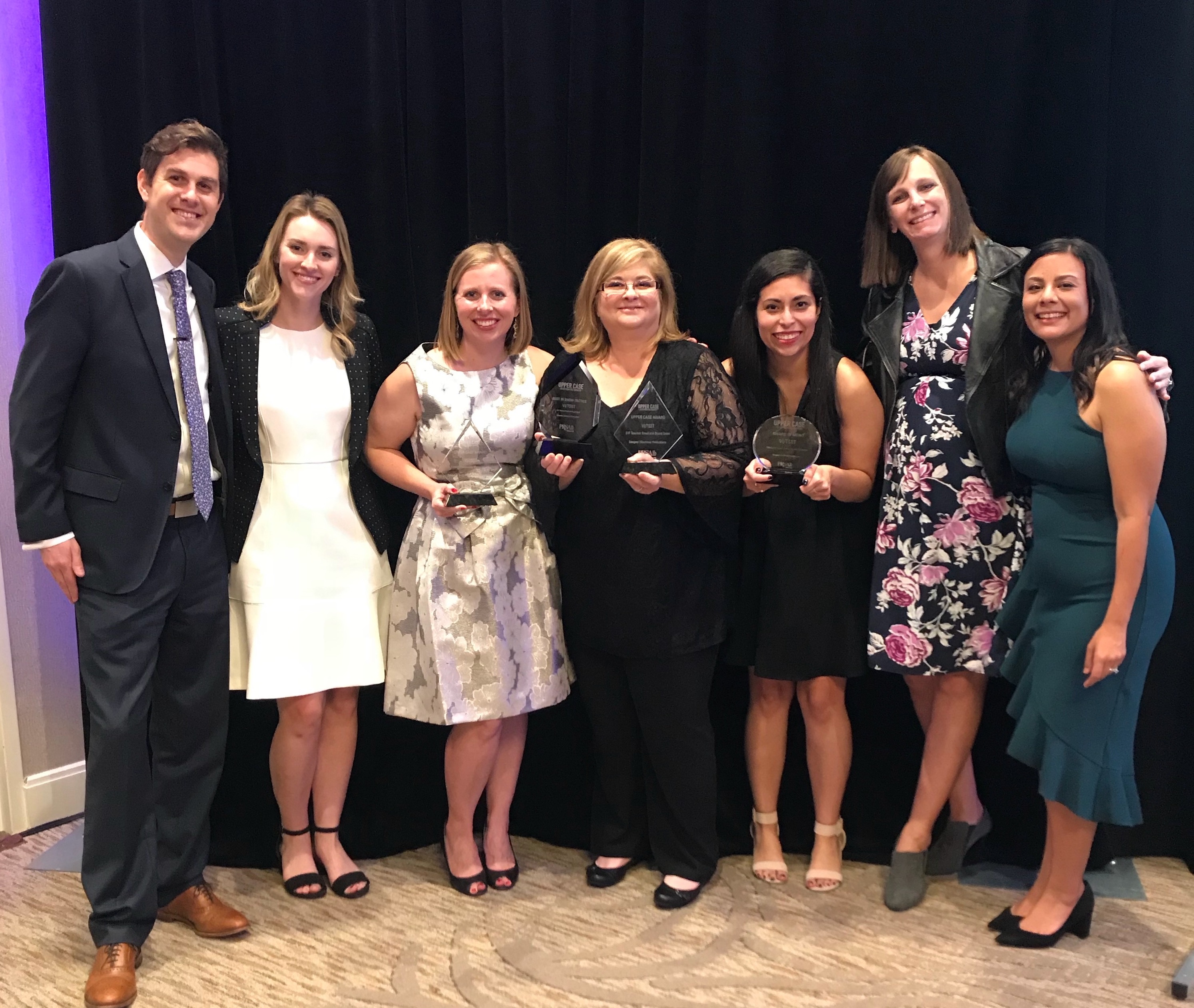 VI Marketing and Branding and its client, Shape Your Future, have been selected among OKC’s top PR firms, winning the Best in Show Award-Tactics at the 41st Annual PRSA-OKC Upper Case Awards Banquet. 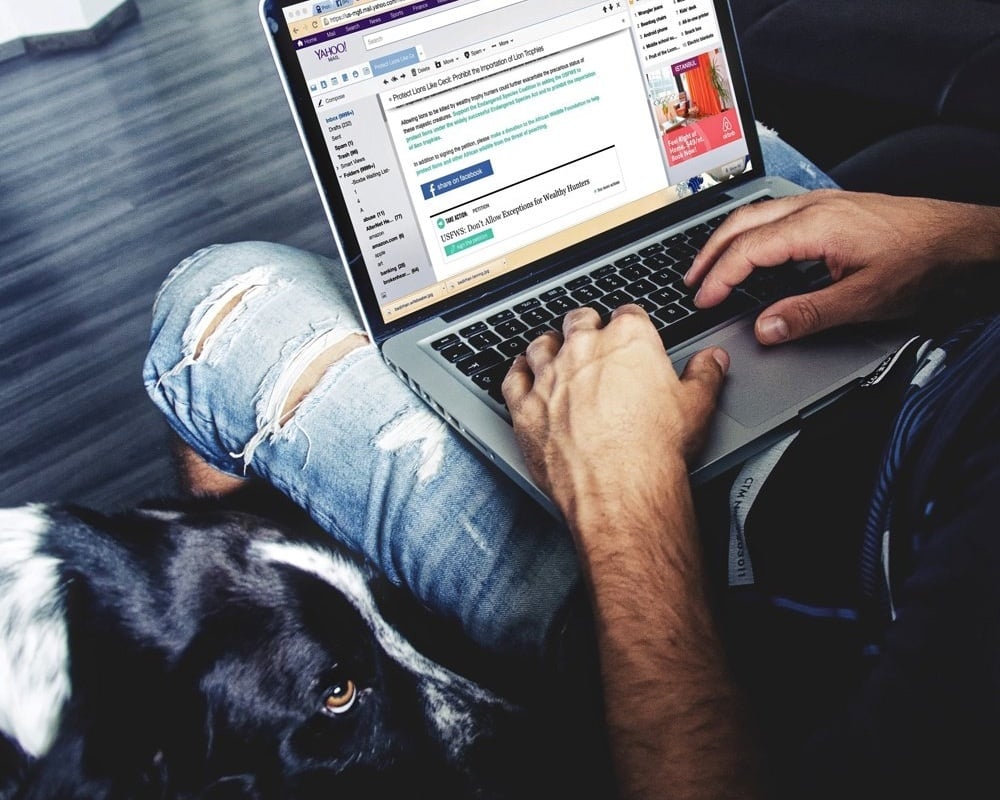 The Meta-Blogging Blog about Blogging Your Blog

Part 1: If you're reading this, you should damn well be blogging.

Well, hello. Fancy meeting you here. We weren't expecting company, but we're glad you dropped by. Who could blame you, really? I mean here we are, a sophisticated marketing juggernaut. Then there's you — the enquiring mind, parched for fresh ideas.

This beautiful thing we've got between us? It's more than passing fancy. It's a blueprint for taking your brand from Point A to Point Kicking Ass. You see, blogging deepens the relationship with your audience along a number of important dimensions. So slip off your boat shoes and stay awhile. Let's chew the proverbial adipose tissue about the whats, whys and wherefores of blogging.

First up, the whys. Here are four undeniable reasons to get the blog train choo-choo-chooing.

1. You're a suspicious character and probably full of crap.
After all, you're SELLING STUFF. And people who sell stuff are pathological phonies who'd say anything to make a buck. Or, maybe... I don't know. Maybe you're not so dastardly after all. I mean, that limerick in your blog wasn't totally cringe-worthy. And you seemed so... Darn. Genuine. Are you human? I'm starting to think so. 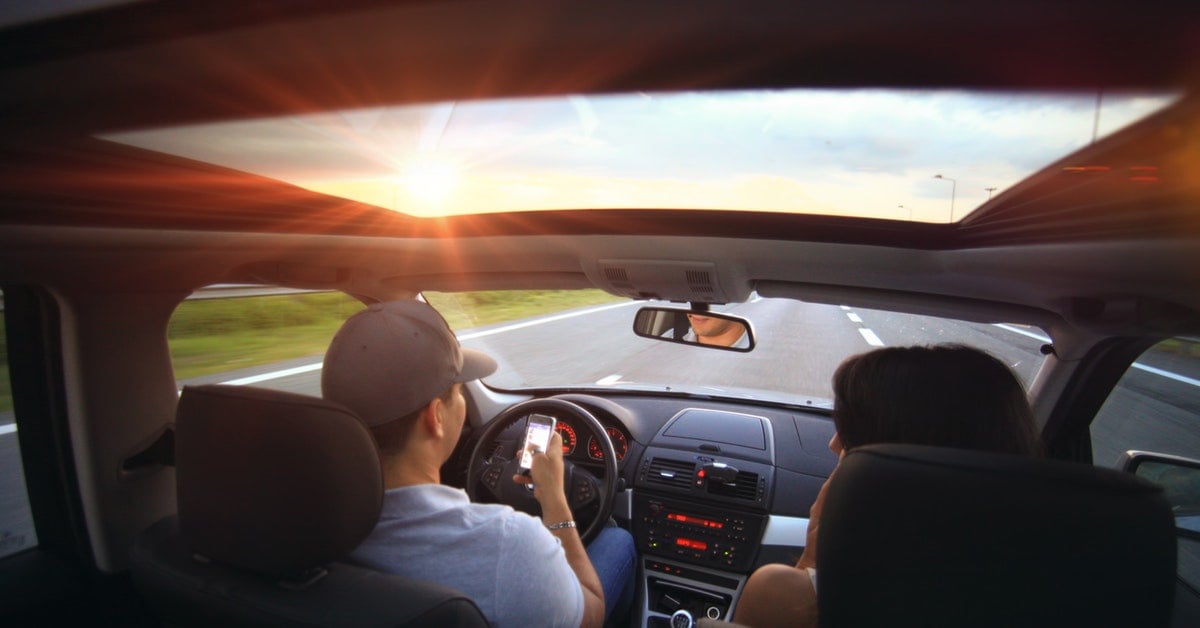 It’s hard to believe that less than ten years ago, “4G” and “LTE” were buzzwords at consumer electronic tradeshows. In that short span of time, advertisers were given an arsenal of new mediums capable of reaching an increasingly powerful cohort of eager consumers. The yields of a 4G-connected world included easier mobile video streaming, the exponential growth of app stores, programmatic advertising platforms, and the genesis of artificial intelligence, virtual reality and augmented reality. Now, these new capabilities have hit a ceiling — they can only perform as quickly as our rapidly aging communication infrastructure will allow.

In a 5G world, the consumer experience becomes seamless, frictionless and, most importantly, effortless.

The processing and exchange of data will be reduced from 100s of milliseconds to just a few, and with that, the introduction of ultimate, ubiquitous connectivity. By 2020, the number of connected devices is estimated to reach 50 billion, which means an even greater amount of data being exchanged each day. In that same time span, Cisco predicts global data usage to reach 30.6 exabytes per month — that’s 30.6 billion gigabytes for those keeping count.

One area of promising advancement, for customers and advertisers alike, comes with the introduction of autonomous vehicles. You have probably heard of a “journey map” or “customer experience map.” To sum it up quickly, a journey map is a holistic visualization of the process that a person goes through in order to accomplish a goal. We can use this process to understand our customer and be aware of communication touchpoints with our brand. If you’re a business that has brick-and-mortar locations, then there is probably an area in your journey map where a customer transports themselves to a store location. Until now, companies have only been able to reach that stage of the journey via radio and out-of-home advertising. But even then, messaging was mostly restricted to the awareness subsection of the marketing funnel. Autonomous vehicles enhance that touchpoint by utilizing the advancements of 5G connectivity. Brands will be capable of reaching customers at different stages of the marketing funnel by providing them with highly interactive and actionable content right from their dashboard. 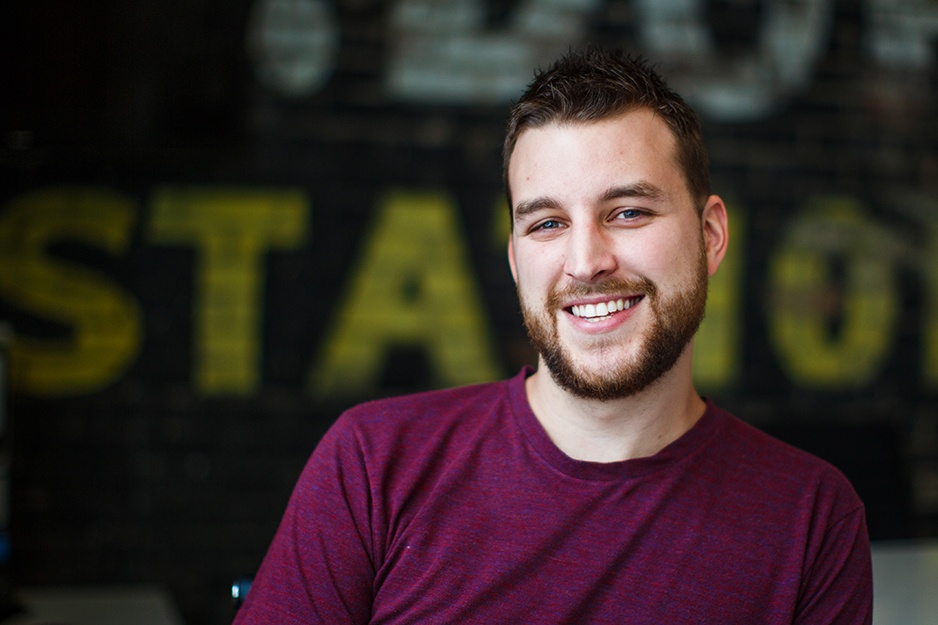 You’d think a metropolitan area home to 1.3 million people couldn’t be personified into a single soul, but there stands David. At a staunch 6’6, he’s big. And with an easy-going attitude and warm personality, he’s friendly.

At VI, we track our client’s customers by using a marketing funnel. In descending order, our funnel stages look like this: Attract, Educate, Engage and Convert. But… what happens after conversion? Sometimes we need to consider brand loyalty programs if one of our objectives is to cultivate loyalty.

In 2009, during the heat of a recession, Hyundai started a promotion in conjunction with Walkaway USA that allowed anyone who purchased a Hyundai in the past year and suffered a job loss or bankruptcy to return the vehicle and walk away from the loan obligation. This, along with Hyundai’s unmatched 10-year, 100,000 mile warranty, helped the automaker go from the lowest-end option on the market in the 1990s to a trusted, dependable choice for middle-class Americans. The brand was reborn. This type of thinking comes from marketing that goes beyond the thought that the customer journey is a one-way street. Brands like Hyundai understand that winning trust, along with building and maintaining relationships, is the lifeblood of a brand. 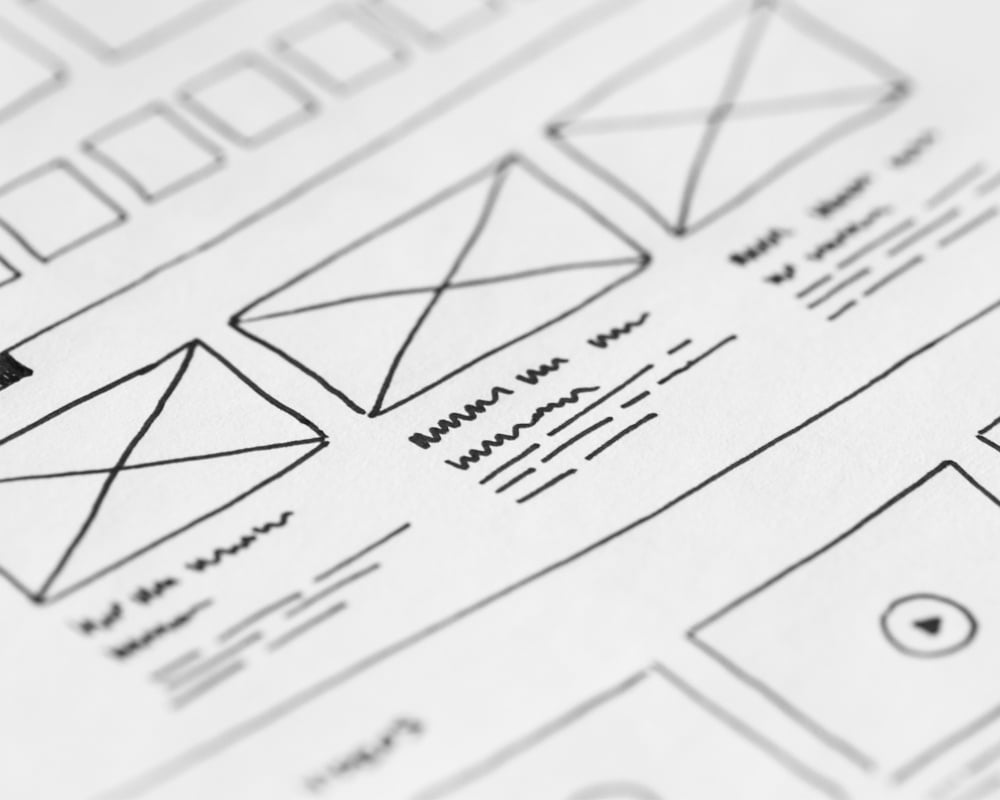 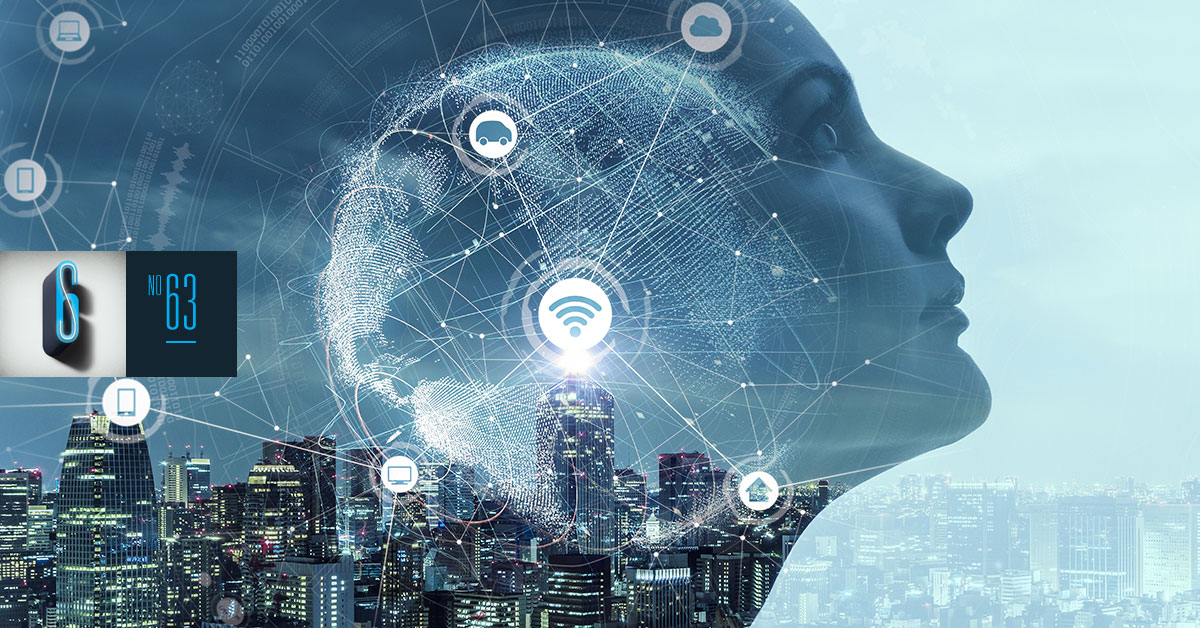 Business-to-business (B2B) marketing hasn't evolved as quickly as business-to-consumer (B2C). But it’s catching up. Today, we are finally using many of the same modern tools to generate B2B prospects that we use in the B2C market. It hasn’t been easy getting here, though. B2B marketers have long insisted that their best marketing includes strong relationships and networking over a rubber chicken lunch. 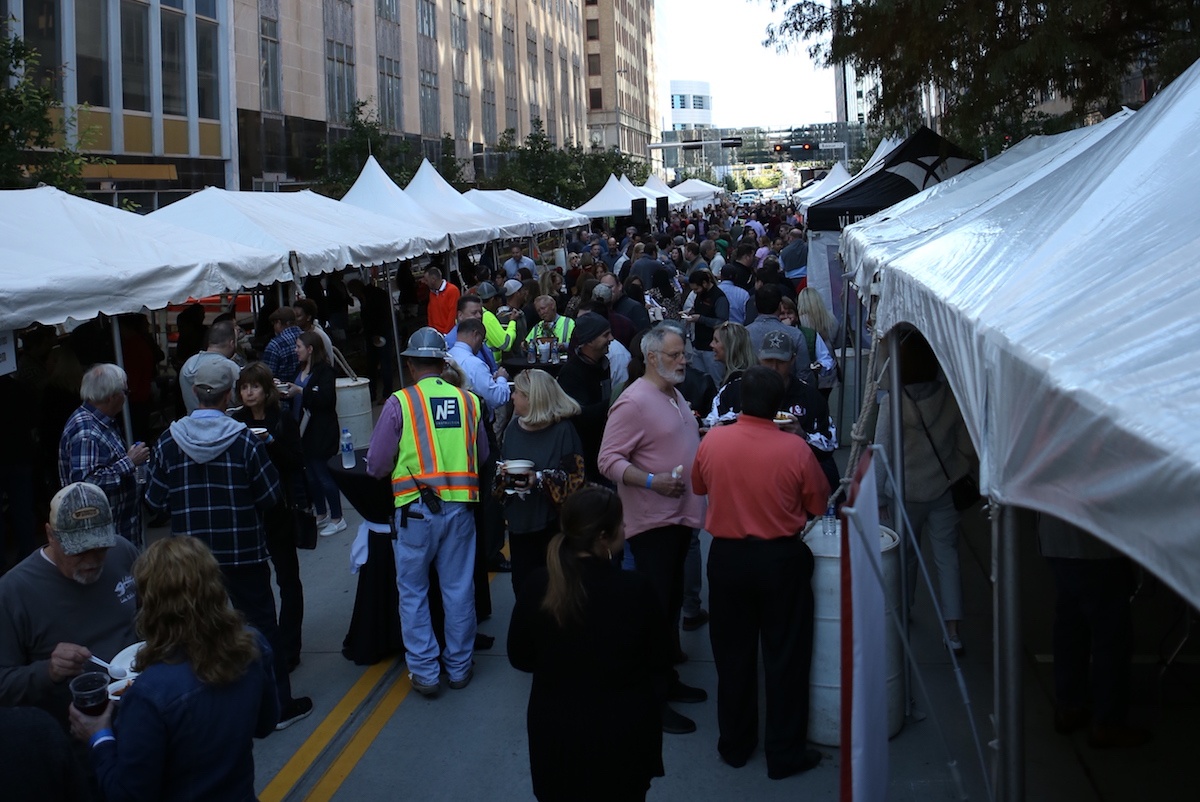 Social media is part of our everyday lives, whether we want to admit it or not. Chances are, you probably have a Facebook, Twitter or Instagram — or all of the above! Pew Research Center started tracking social media usage in 2005 when just 5% of American adults used at least one platform. By 2011, half of the U.S. was using social media. And today, 69% uses at least one social media platform on a regular basis. While Facebook still leads the pack with 2.23 billion active monthly users worldwide, Instagram is closing in with a whopping 1 billion active monthly users.

One of the only mobile-focused social platforms, Instagram holds a large share of the social media landscape and is projected to keep growing.

Before we discuss how marketers can use Instagram as a social media marketing tool and the future state of the platform, let’s take it back to the beginning.

Instagram, a free, mobile photo-sharing app, launched in October 2010. And Android, iPhone and Windows phone users were immediately hooked. Selfies with in-app filters became increasingly popular, as did photos of our meals, our fur-children, that random tree in your neighbor’s yard that never looked so photo-worthy until now, and everything in between. This new app allowed you to follow your favorite celebrity on a more personal level (authenticated by the little blue checkmark) instead of just liking their fan page on Facebook or retweeting random thoughts on Twitter.

At VI, we use a marketing funnel to help implement strategy and deploy tactics in a timely manner. Using the funnel as a marketing tool has served us well, but like every effective instrument, it’s healthy to fine-tune from time to time. We strive to stretch our thinking by trying to innovate regardless of our customer journey model. There are many other customer journey tools, approaches and theories around, and many of them offer valuable insight on the decision process.