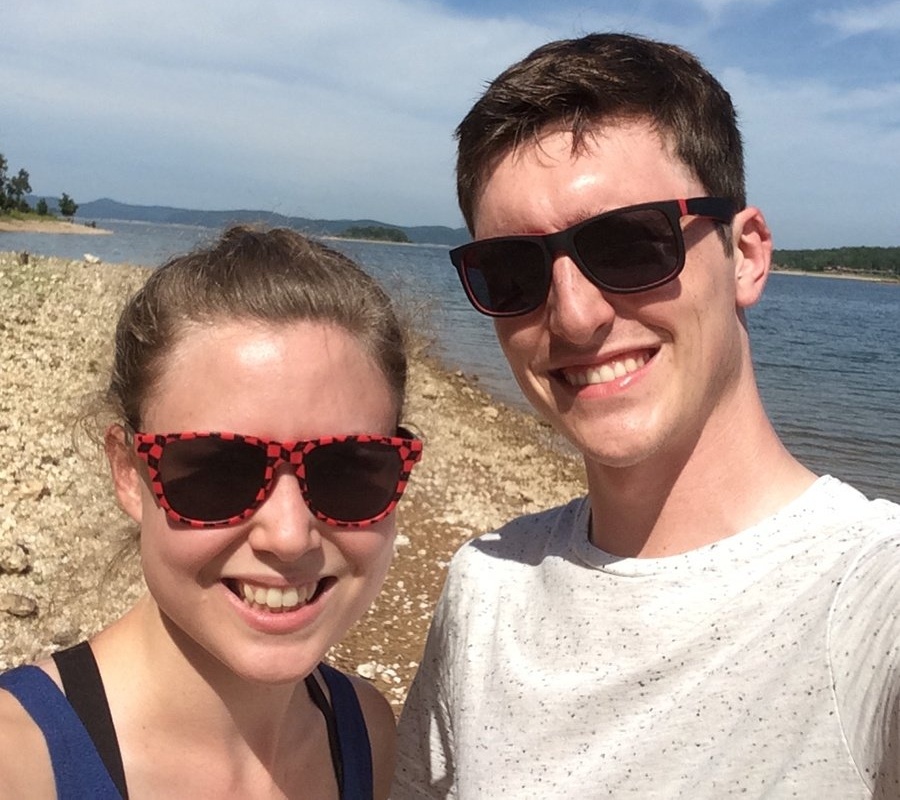 An award-winning production artist at VI and a Formula 1 driver at heart, Jeff is a car aficionado who frequents Coffee and Cars with his wife, taking photos of the immaculate display of automotive elegance. He also spends time on weekends tinkering with his 2003 Nissan 350Z, trying to bring the old girl back to her prime. And once the real thing is purring like a kitten, Jeff is working the paddles and looking for clean air from the cockpit of his Playstation F1 race car.

Most days at lunch, you can find him in a good people-watching corner with notebook in hand, visualizing, imagining and scribbling all the while. He’s looking for, and finding inspiration for an illustrated children’s book he’s working on called Bitwits, while dining on a little food for the soul.

Jeff and his wife Elizabeth, who he says is way more talented than him if you can imagine, spend many weekends exploring Oklahoma in the process of Jeff taking photos of the dresses Elizabeth designs. They prefer Oklahoma’s great outdoors but have had fun in many of the state’s unique cities, towns and attractions.

Drawing (pardon the pun) inspiration from the art that accompanies many of the video games he plays, Jeff has really been into creating concept art and digital paintings since his school days. Just a little concept art he dabbles in, in his spare time!

Artistic creativity behind a monitor, a lens or a sketch pad does not fully define Jeff’s talent. The guy has practical creative skills as well. He has been slowly renovating his 1970’s era Lyrewood home, adding a garden in the back yard, painting every wall in the house and removing the ‘70s glitter popcorn from every ceiling. He just finished a complete guest bathroom renovation before his family arrived for Thanksgiving, meeting the hard deadline with paint drying as the doorbell rang.

Too many hobbies? While I’ve written this piece, he’s conducted a photo shoot, rebuilt a carburetor, sketched a new chapter, and added a den to his house.

This guy, and his wife, should have his own reality TV show. The problem is pinning down a network: Speed, HGTV, Discovery, Bravo, Syfy, Cartoon… A man of many hobbies, and even more talents, Jeff Bowman is - jack-of-all-trades - master of all.