LinkedIn makes headlines in the marketing world for their advertising capabilities about as often as often as Kevin Durant misses a free throw (seldom). But, in the past month, LinkedIn packed their bags and headed toward an easier path to success (also like Kevin Durant).

When I say LinkedIn doesn’t make advertising headlines much, I wasn’t kidding. After a quick Google-search comparison, you'll see that searching for "Facebook Ads" results in 295 million stories, while “LinkedIn Ads” results in a mere 33.5 million stories. And a good chunk of that 33.5 million came in the past month when LinkedIn announced they were going to rollout “Matched Audiences” – a mirror of Zuckerberg’s “Custom Audiences” targeting that has proven extremely successful for those looking to grab some bottom-of-the-funnel users.

To be clear, yes, “Matched Audiences” is a mirror of some of Facebook's targeting options. But LinkedIn is far, far behind in overall capabilities. LinkedIn is still out there running 5k races while Facebook is setting records in marathons.

Years ago, when Facebook rolled out “Custom Audiences” to the masses, I created a three-way targeting capabilities speech to help explain it. I used the acronym D.A.D. – Demographic, Action and Data.

Demographic
What makes up the persona, including location, interests, job, financials, etc.

Up until Facebook rolled out these advanced targeting options, their ad capabilities were still incredible, but primarily Demographic-based only (similar to LinkedIn circa April 2017). But when their capabilities stretched into actual off-Facebook actions and off-Facebook data? That's when Facebook really took off. While other platforms were sitting at home eating Flaming Hot Cheetos, Facebook was running circles around them outside.

So, what did LinkedIn actually roll-out to the masses this month? The last two letters of D.A.D., but on a smaller scale. Side note: major brands with enormous budgets have actually had these options when working 1-on-1 with a LinkedIn rep in the past.

With the website retargeting (Action), they only rolled out the “URLs visited” option and not the “URLs excluded” option.

With the Custom Audiences (Data) feature, they really only opened it up to targeting the individual’s employers and/or email targeting (and not matching for phone numbers, names, etc). Despite only the two added data features this should still be a throwing-confetti-and-popping-champagne moment for you B2B marketers, because LinkedIn has a very strong match rate of work emails (unlike Facebook, which really only matches users based on personal email accounts used to log in). 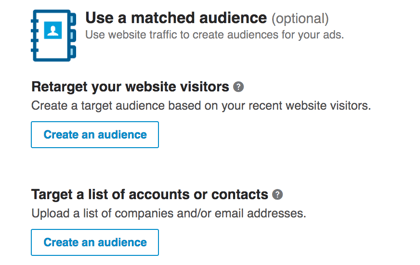 I’ve spent some time in this blog poking fun at LinkedIn (which I have always called the “least social” social network) for taking so long to roll out these features, and also for only rolling out small bits that Facebook has… but I will say it is a much needed step in the right direction for sure.

I do think LinkedIn will steal some of Facebook’s budgets with this move, and we will begin to see the monopoly at 1 Hacker Way begin to balance itself out a small bit. But not enough to make Kevin Durant switch teams and put on a LinkedIn jersey. 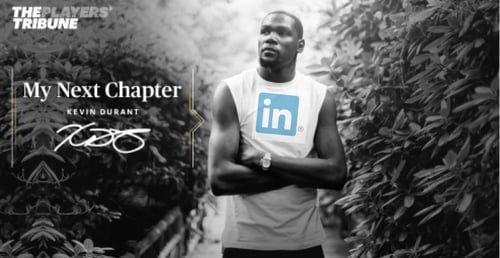