Changing behaviors through mass communication and marketing isn't the easiest thing to do. You're attempting to connect with your audience at their core, trying to influence deeply rooted behaviors. At VI, we've got a long history of working on campaigns that focus on behavior change objectives. Often during campaign planning, we use a few different types of creative messaging strategies to impact our target audiences and nudge them toward that change.

David Susman, Ph.D., in Psychology Today, wrote a comprehensive list of strategic messaging approaches that we frequently use in our work. He describes that depending on where someone is in the theory of stages of change, different types of messaging can be used to move that change forward. The stages of change describe where someone fits within a cycle of changing a behavior. The stages begin at pre-contemplation, to action, then through to maintenance – with a few steps in between.

"Tracking progress" is a messaging strategy in which the execution involves some component of keeping record of progress toward a specific behavior change goal. This is useful from a psychological level to see how small wins can up to reach a goal or show progress made. Tracking progress is useful when encouraging a habit change or a new milestone in an individual.

For Shape Your Future, coloring pages and activity sheets were created that allow children to track their healthy behaviors and learn more about how to be more habitually healthy. 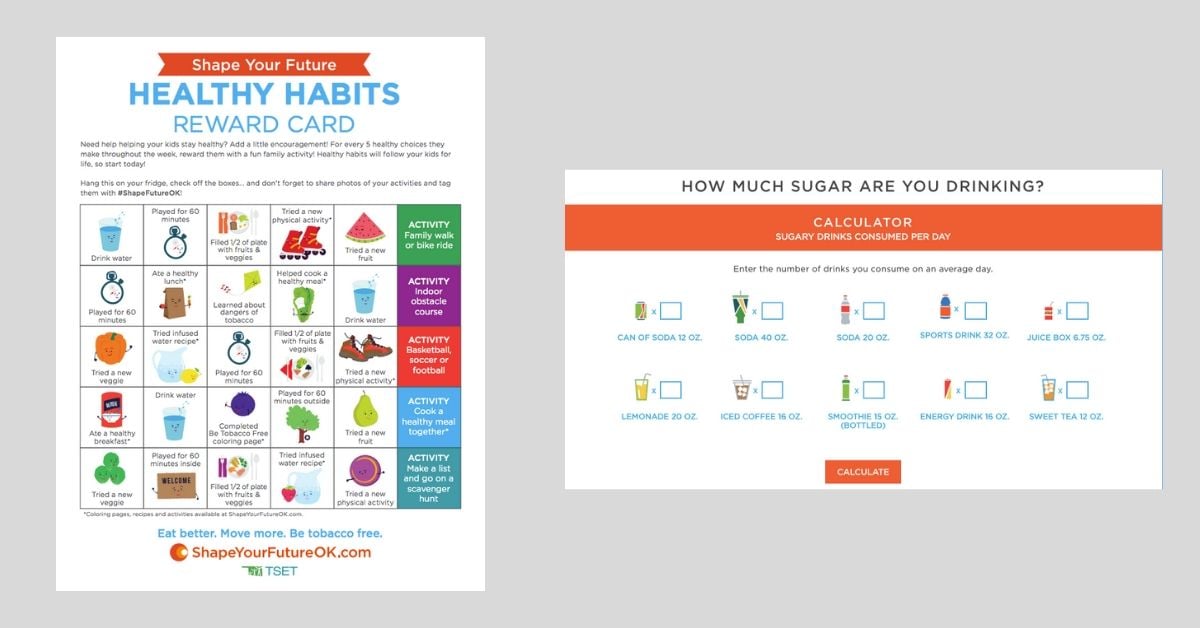 The "committing" strategy means to become aware of new alternatives for positive change and then taking concrete actions to move toward those new options. When we offer an action to commit (verbally, internally, or publicly) through our marketing messages, it leads the audience one step closer to making that desired behavior change.

Committing can be executed in multiple ways. One way we use this approach is with the Oklahoma Tobacco Helpline. Badges were created for this audience to use to proclaim their commitment to quitting tobacco on social media. Support and community is part of the comprehensive approach to quitting success. The social media badges help to garner support and motivation from friends and peers. 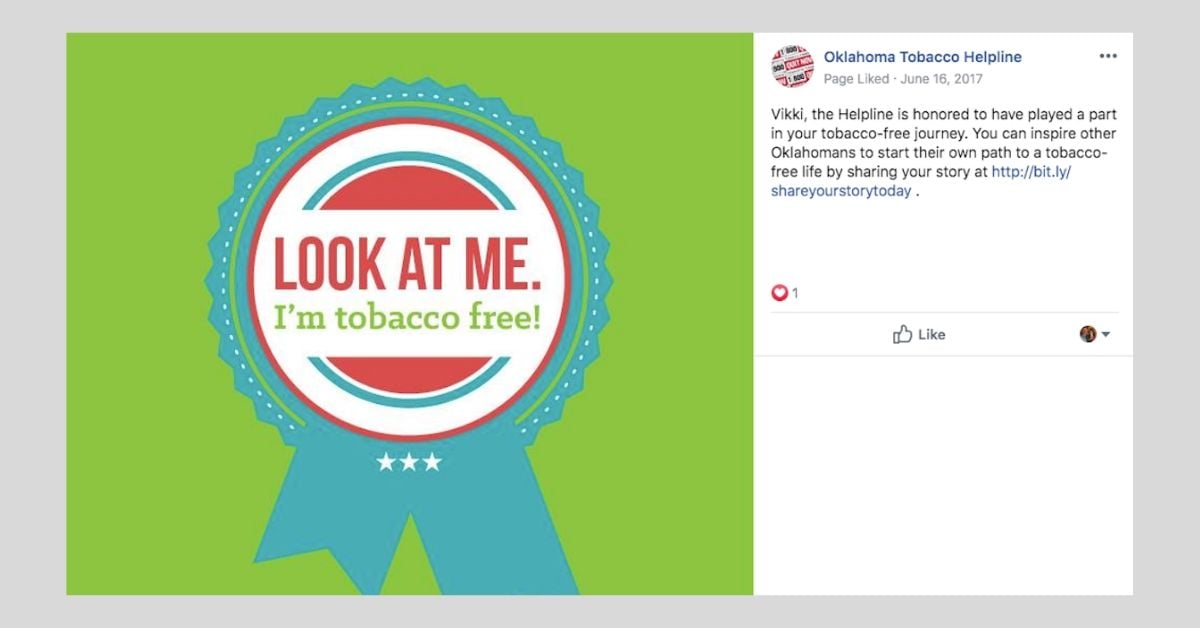 Primarily used for an audience occupying the "Contemplation", "Preparation", and "Action" stages of change, this strategy aims to educate an audience to become more aware of the causes and consequences of the problematic behavior and then learn options for resolving it. This strategy can be applied to increasing awareness about a personal problem like quitting tobacco or a more community-wide behavior problem like the dangers of second-hand smoke.

Educational campaigns are the primary way to raise awareness about an issue. For example, in this campaign, the Tobacco Stops With Me objective was to increase knowledge that secondhand smoke contained more than 70 cancer-causing chemicals. A variety of tactics were deployed with messages that focused directly on the issue. 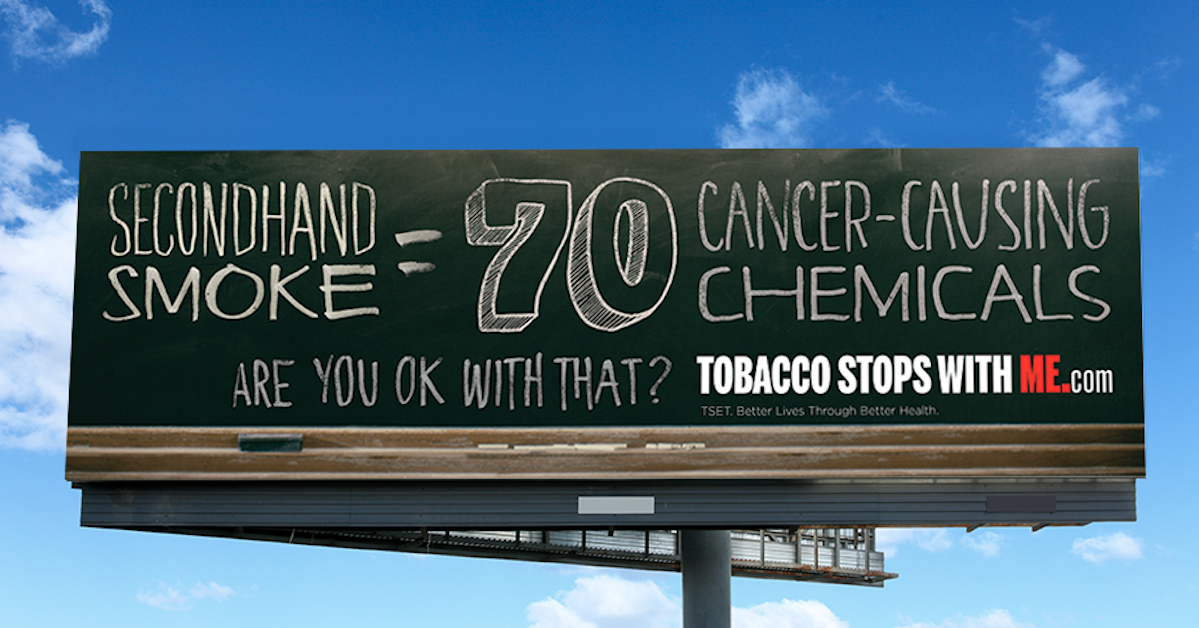 This strategy is typically used in the "Contemplation", "Preparation", and "Action" stages of the funnel. When emotions are mobilized along with increased awareness, we are much more likely to take effective action.

Emotion is often used as the trigger for the rallying cry that is needed for our audience to join in. In working with the Oklahoma Highway Safety Office, VI created a series of emotional videos that allowed the audience discover how it feels to lose a loved one. The goal of this emotional appeal is to impact behavior and reduce the likelihood that someone would drive impaired. 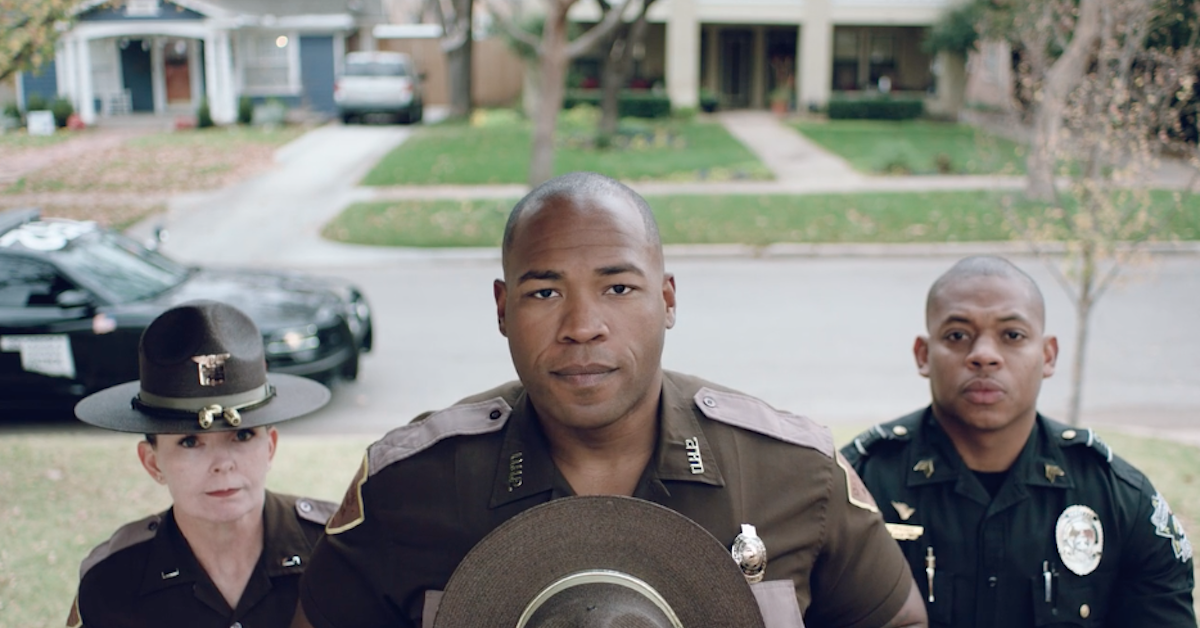 Useful in all stages, but primarily in "Action" and "Maintenance", building relationships with viewers can help change behaviors. Social support is vital to setting, achieving, and maintaining personal goals so weaving relationship building into campaign messaging can be effective.

Having support while making a behavior change is an impactful factor. We know that doctors, peers, co-workers, and many others can become a network for someone trying to make a change. VI and our clients work with providers on many levels of campaigns, urging them to talk with their patients about the issues.

We also frequently urge parents to open the lines of communication with their children. Tobacco Stops With Me provides tips for parents to speak with their kids, whatever their age, about the dangers of tobacco use. 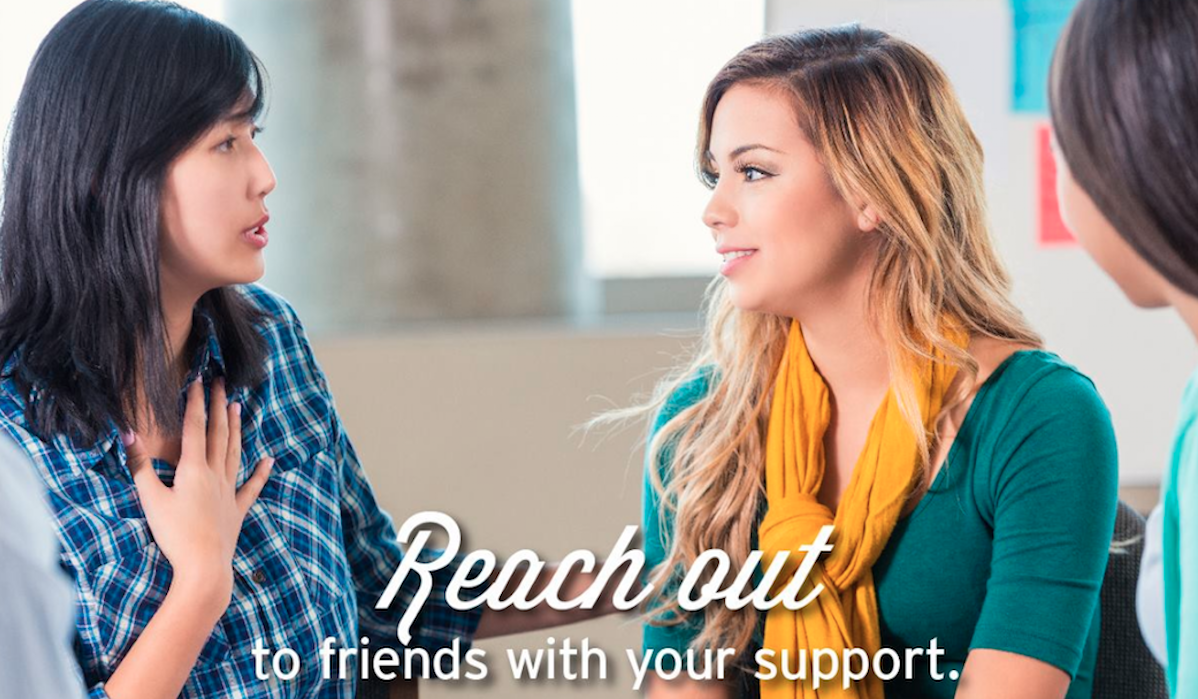 Most popularly used in "Action" and "Maintenance", this strategy draws from the principle of reinforcement. Behaviors that are rewarded are more likely to be continued and repeated.

We've found that while rewarding works on its own, it's best coupled with other strategic messaging. A great example of a rewards-based campaign was the partnership with Colorado Springs Utilities and their YOUtilities Challenge. The campaign rewarded our audience for producing tips-based messaging and promoting energy savings in their social networks. 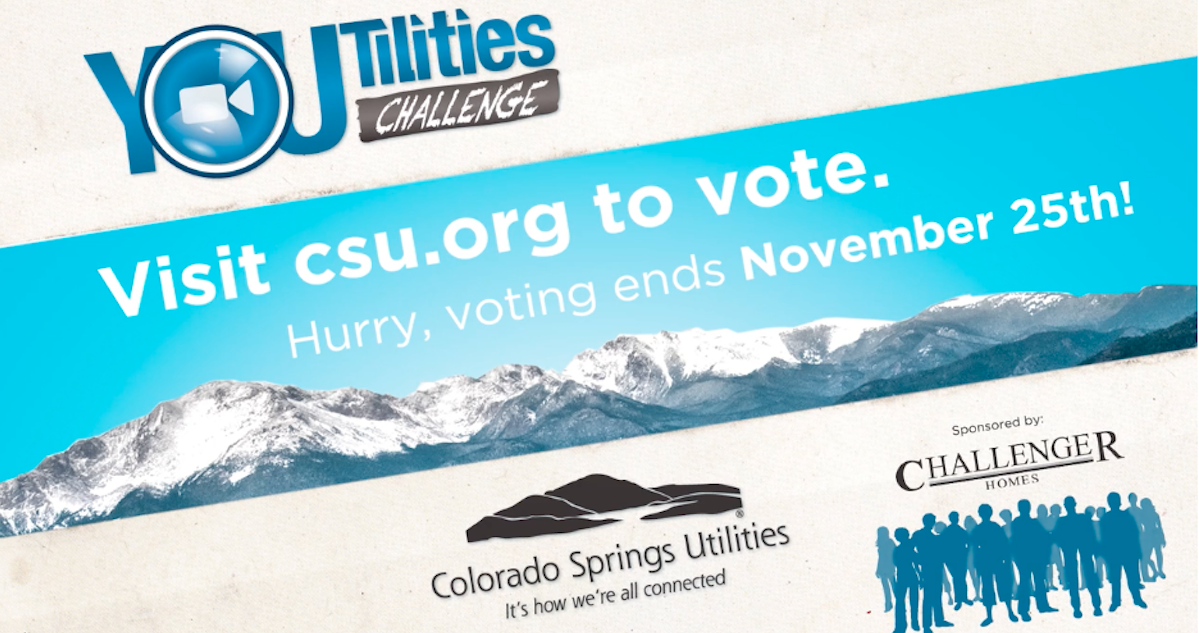 Most often used in "Action" and "Maintenance", this method substitutes unhealthy behaviors for healthier ones.

Showing your audience the behavior you want them to model is a smart way to communicate behavior change. Role modeling works and can impact all age ranges of audiences. Want a spin on some typical highway safety work? Check out the campaign, "Thank You, Sean." The spot showed the consequences of impaired driving and countered them with the positive outcomes that result from getting a ride home. 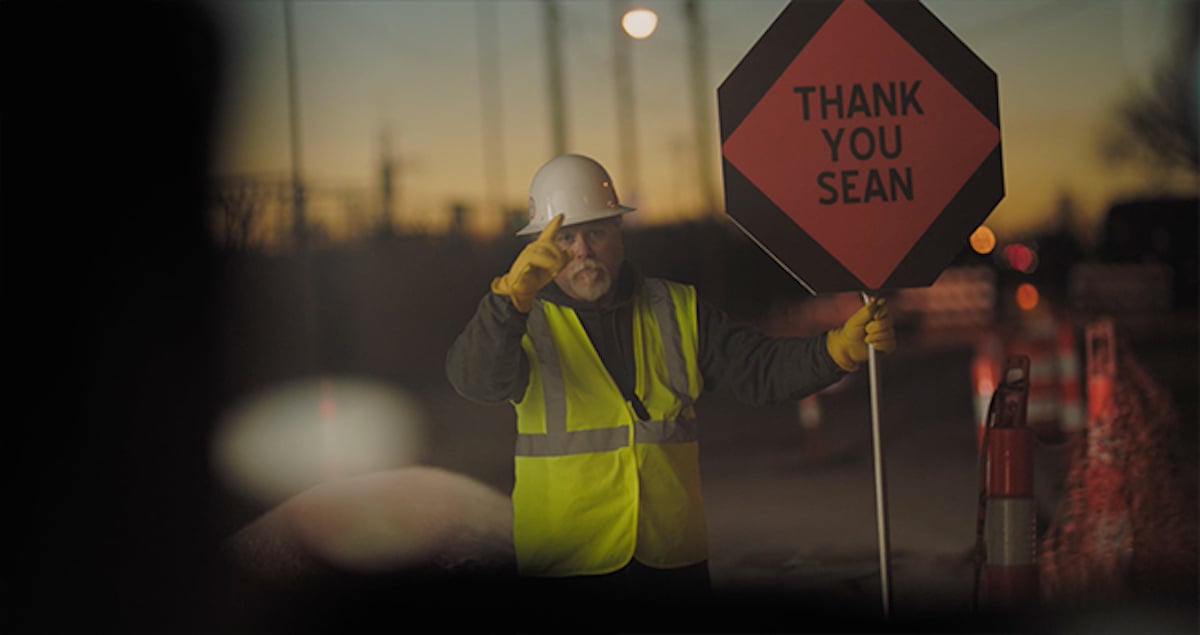 Used in Action and Maintenance, this strategy involves making modifications to your environment achieve the positive behavior change.

Controlling your environment may seem easy, but changing a habit can be hard. Initiating a change to your environment is a good way to start the process of a behavior change. Our Shape Your Future campaign pushes Oklahomans to take small steps for change. These include putting your tennis shoes and workout clothes out the night before or making a healthy lunch so you don’t run out for fast food. 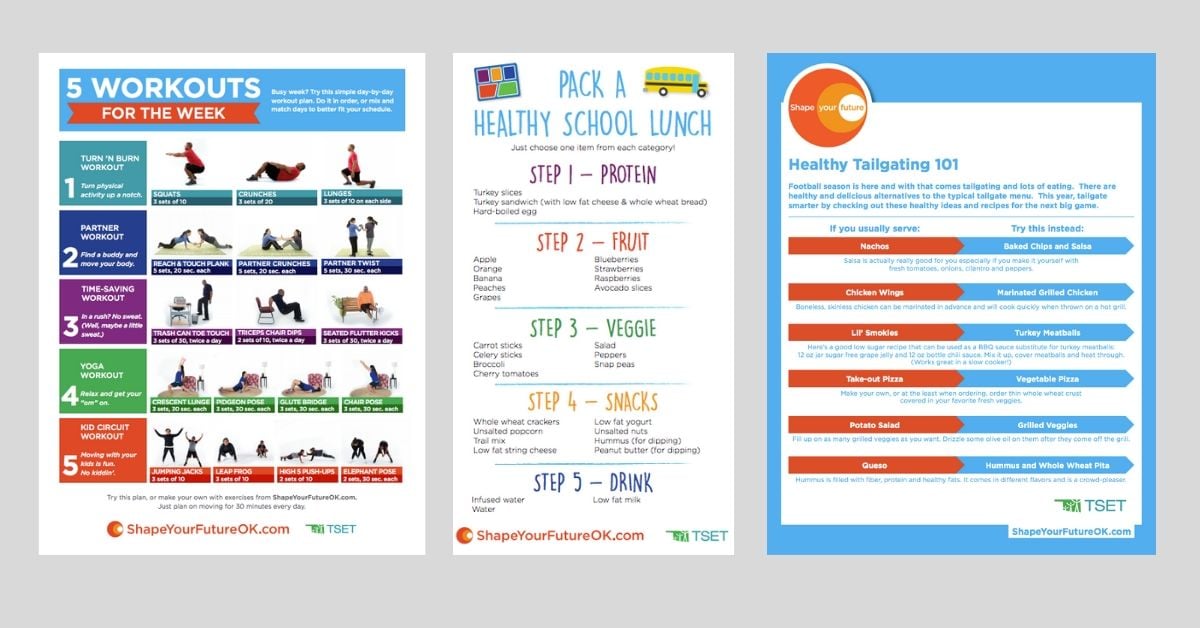 Largely an issue during Maintenance, this strategy addresses relapsing to the original behavior. Quitting smoking is hard. We know that, and because of it, we've developed entire media campaigns to support people in the maintenance phase. We often provide tips to help Oklahomans stay tobacco-free and manage relapse. 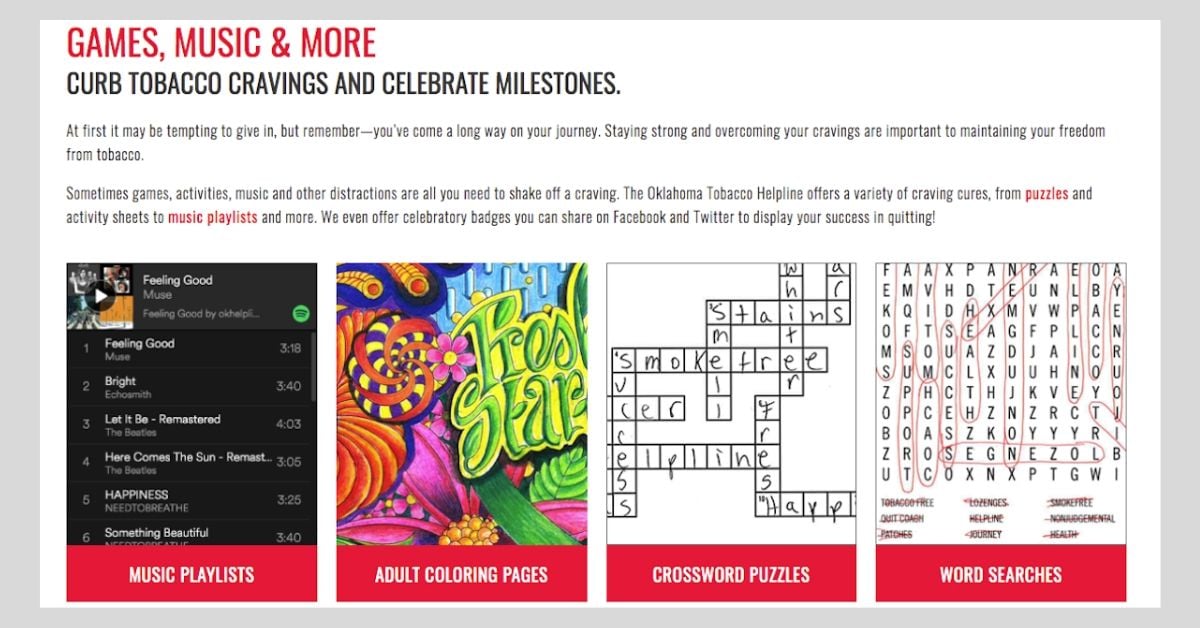 As behavior change experts, we've created hundreds of messages that fit within these approaches. Working with clients and doing our research, we determine where the audience is within the stages of change, where society fits within the behavior change model and what our objectives are. Sometimes just one of these approaches works to generate change, but often a true mix of messages and tactics must be deployed to truly move our target toward the change we seek.