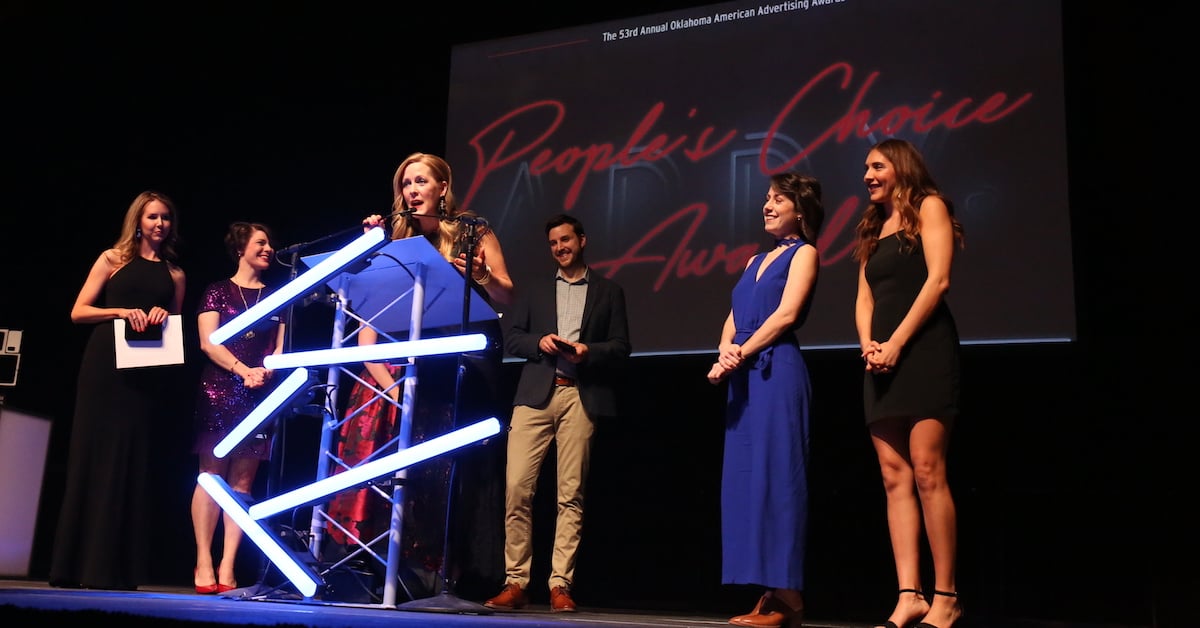 To top off a successful night, VI was honored with the 2019 People's Choice Award for the work done on the Oklahoma Tourism and Recreation Department's 2018 Outdoor Guide. VI helped the Oklahoma Tourism and Recreation Department create their informative outdoor guide with textures, colors and typography that paid homage to the glory days of DIY handbooks and outdoorsmen how-to guides. Take a peek at the guide.

"The ADDYs never fails to showcase VI's creative prowess and we are honored to walk away with 25 awards this year for eight different clients. We're especially proud to earn the vote of the people with this year's People's Choice Award for Oklahoma Tourism", shares VI Executive Creative Director, Steve Sturges.

VI congratulates all the students and professionals for their creative successes at this year's event.

About VI Marketing and Branding:  VI Marketing and Branding is a full-service marketing communications firm with expertise in developing marketing programs for behavior change, strategic planning, branding, public relations, social media and digital media, in addition to the traditional creative and media services of advertising agencies. The 29-year old firm is headquartered on Park Avenue in Oklahoma City.