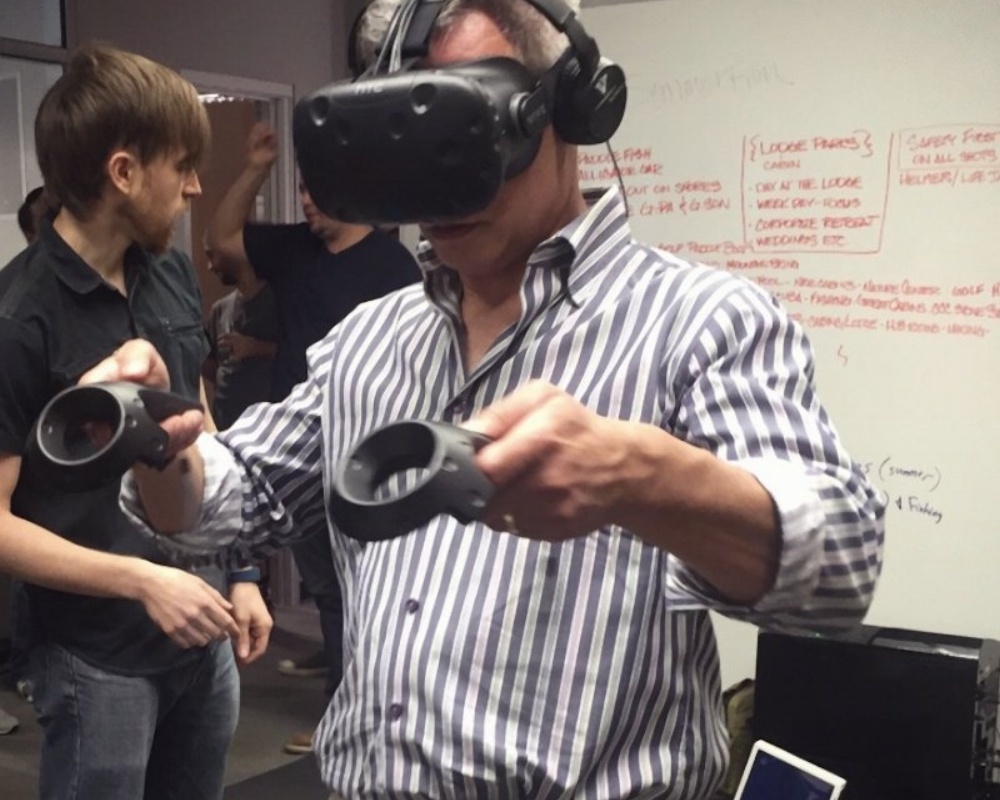 I'm lucky enough to live during some of the most transformative periods in human history. When I was 10 years old, Atari introduced PONG to the world. People everywhere were amazed that you could play video games right on your TV! That same year, 1972, the first pay-TV network was launched: HBO. Thanks to HBO, cable TV would supplant over-the-air TV as the norm in just a few short years.

In the mid-70s, two pairs of computer geniuses started a revolution by introducing the personal computer to the world. In 1975, Bill Gates and Paul Allen developed software that would evolve into the company we know as Microsoft. A year later, Steve Jobs and Stephen Wozniak invented the first Apple computer: the Apple 1.

As all of this technology was advancing, a pervasive network was building: the internet. Evolving from ARPANET in the late 50s and early 60s, Al Gore, er... I mean Thomas Berns-Lee unveiled the World Wide Web to the planet in 1991 (25 years ago today). This meant that people everywhere could not only send files from one place to another, but also retrieve whatever information they desired.

Of course, I would be sadly remiss if I neglected to recognize the birth of the mobile phone. In 1984, car phones had people dreaming of communicating on the road. In 1989, Motorola introduced the MicroTAC personal cellphone, which looked more like a communicator from Star Trek than a brick.

All of these things, and many more, have shaped and deepened my understanding of the world: how we experience, communicate and share. As a marketer, I can't imagine Mother Earth without these technological advancements.

So imagine my excitement last Wednesday. We invited the group from Steelehouse in for an agency-wide lunch-and-learn to show us their Virtual Reality systems. They brought everything from Google cardboard to Samsung visors to Oculus Rift and their beefiest system: HTC. Admittedly, up until this point my experience with virtual reality was limited. I had seen some 360 videos on my iPad, a few of which were recommended by our friends at Steelehouse:

Cool right? I thought so, too. But nothing, and I mean nothing prepared me for the immersive experience of virtual reality. Actually, to be more correct - much of what I experienced when I put on the visor was MR: Mixed Reality. MR is a combination of virtual reality and augmented reality (Pokemon Go is augmented reality). So now I have a new cool term to throw around. Anyway, much like the interwebs, mobile phones and PCs, donning those big, boxy goggles changed the way I now look at the world. Prior to that, I really expected my brain to know the difference between the real and virtual worlds. But all it took were some photo-realistic graphics and a set of cheap headphones to fool my brain completely (side note to my brain: I'm very disappointed - I expected more out of you). The HTC system was particularly mind-blowing. The operators took me into a room where I fought robots, then to a 3D canvas where I could draw and walk around and through my artwork. I walked around the streets of Venice. I stood on the bow of a ship 100 feet below the ocean and watched a blue whale swim right by me. I walked around a skeleton and could look at internal organs, bones and muscle from all sides. I was placed on a mountaintop where I looked over the edge of a cliff so real, my hands started sweating.

The very next day, my mind was spinning with possibilities. Mixed Reality is a game-changer, for everyone. Imagine a world where people visit Tahiti on their lunch hour. Where doctors get a 3D view of tumors and recommend the proper treatment, or even perform enhanced surgery. Where people pay a premium to sit on the 50-yard line and watch the Super Bowl from the comfort of their own home. Mixed reality has also been shown to have a positive cognitive effect on those suffering from conditions like autism.

From a marketing perspective, imagine creating a world where you can test drive actual brands. You'll be able to ride a Harley through Monte Carlo, walk the Oscars' red carpet with Jennifer Lawrence in a famous designer dress/suit, go skydiving out of a Virgin Air jet with Richard Branson, discuss world problems with Aristotle as you both sip a Coke. The possibilities are endless. The potential for immersive storytelling is vast. The best brands will use the platform to enhance user experiences.

The point is, we are standing at the edge of something transformative. Thanks to MR, in 5-years, our world will not look the same. Are you ready?