Most Admired CEOs honored, via The Journal Record
Read Next Blog 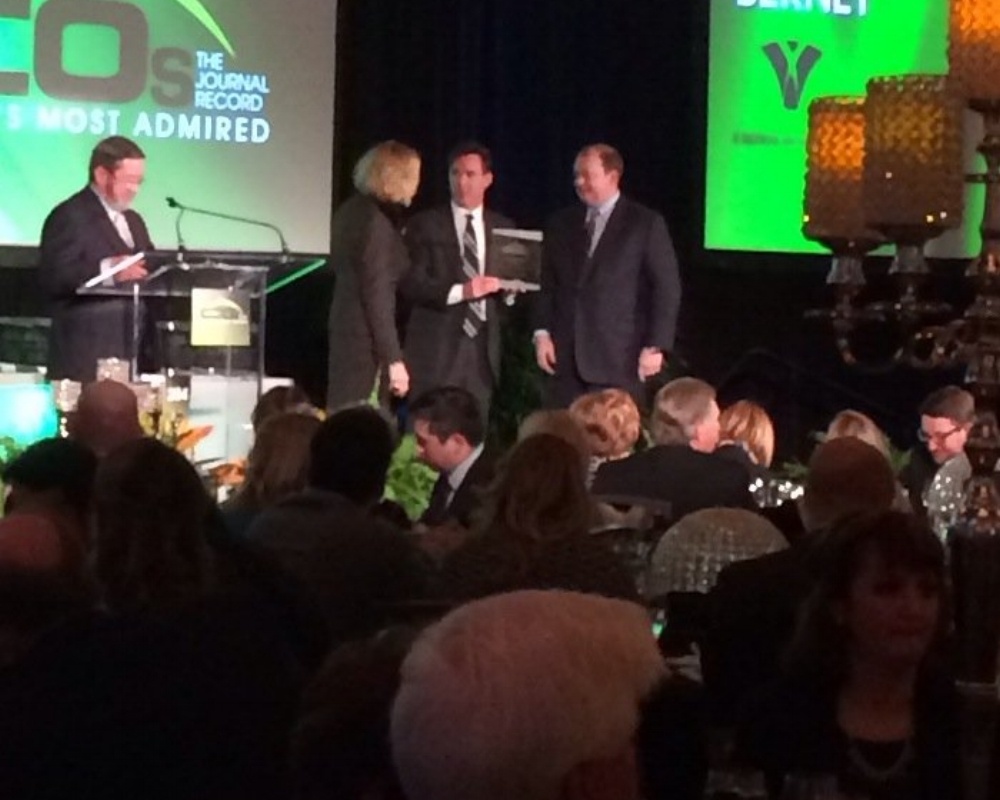 Most Admired CEOs honored, via The Journal Record

VI President, Tim Berney Honored Last Night as one of Oklahoma's Most Admired

Michael Kloiber, president and CEO of Tinker Federal Credit Union, was also inducted into the program’s Chain of Distinction as a three-time honoree.

“Of course, this honor is truly humbling in itself,” Kloiber said. “There is no greater reward than to be held in esteem by those on whose lives you have the opportunity to make a major impact. As the CEO, you have the ability to make them happy, content and challenged, or you can also have the opposite impact.”

Kloiber and the other honorees were selected by a panel of business and community leaders and are profiled in the Oklahoma’s Most Admired CEOs magazine inserted in Thursday’s issue of The Journal Record.

Following is the list of the CEO honorees by category.