Digital Display Strategies in a Mobile-Friendly World
Read Next Blog 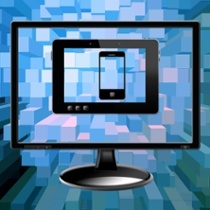 In 2014, 90.1% of US adults were mobile phone users, with 62.2% being Smartphone users. The number of Smartphone users has increased by 80% since 2011. With this explosion in mobile usage, is digital display advertising still important? Absolutely!

When planning digital budgets, and overall media budgets, it is vital to look at the consumers’ media consumption as a whole and plan accordingly so that you are reaching your audience at all touch points throughout the day. Below is a look at the average time spent per day with major media (via eMarketer). 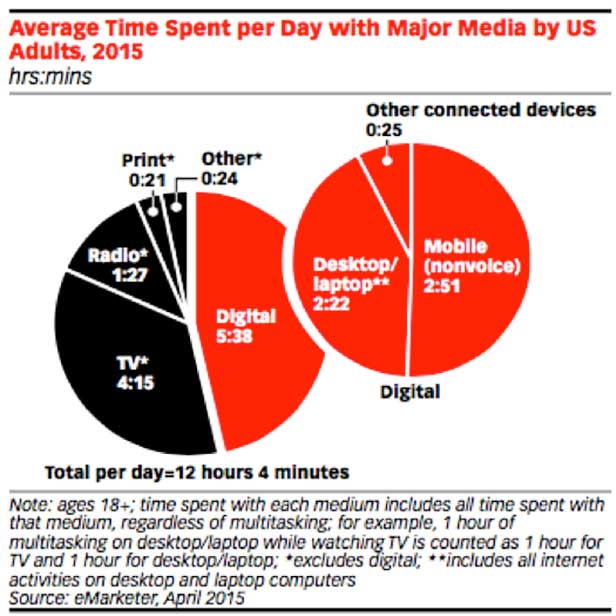 Digital media accounts for the most time spent with over 5½ hours per day. While mobile surpasses desktop with 2:51 hours, we cannot exclude the other 2:22 hours spent on desktop.

However, mobile usage does include times when it is being used as a second screen. For example, if you are playing games, checking email or updating your Facebook status while watching the most recent episode of The Voice, you are viewing your mobile device as an additional, or second, screen with your TV.

With users’ media consumption getting more fragmented and distracted by the number of screens available simultaneously, a strong marketing strategy is critical to reach the right person at the right time. In correlation, a successful digital campaign is having a well-balanced strategy focusing on all digital formats: display, mobile, video and audio.