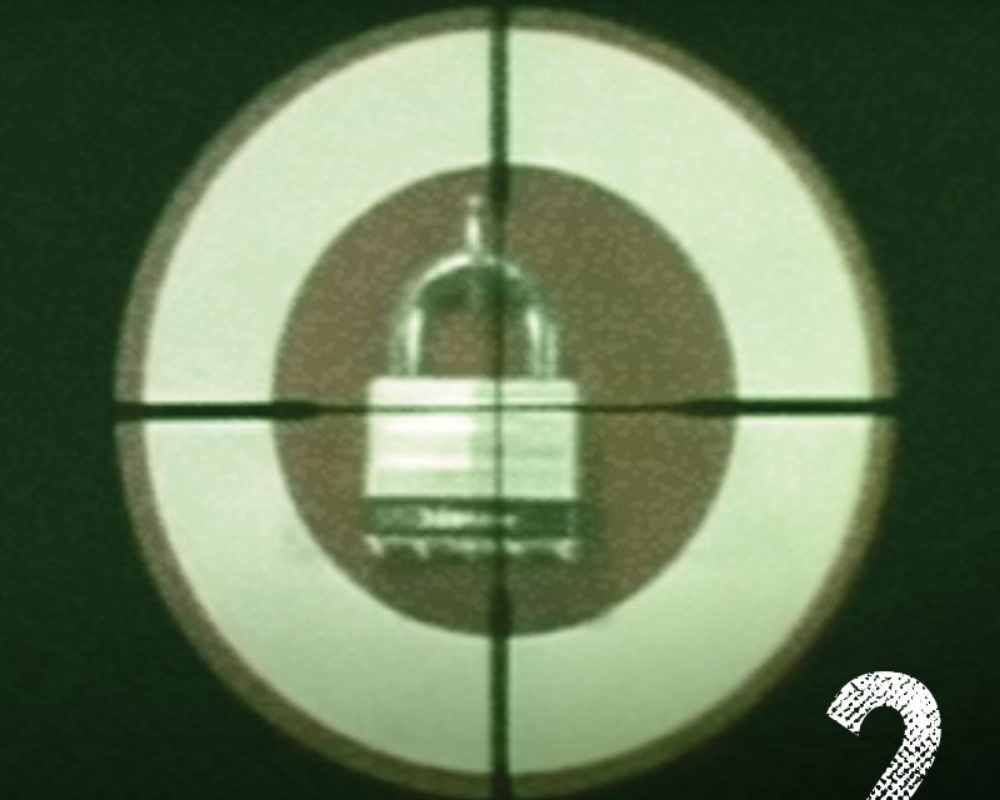 When asked to pen a blog about my favorite Super Bowl commercial, many immediately came to mind.

The humor ads that I love from the original Budweiser frogs to Terry Tate office linebacker to “Where’s the beef” and “Whassup.” And of course, the Apple 1984 ad considered by the many as the greatest of them all.

But what I settled on was an ad that debuted during Super Bowl VIII (1974), that was all things an ad should be – memorable, meaningful and monetizing. Let’s take a look at this iconic ad that still makes “best of” lists for Super Bowl ads some 43 years after it debuted. The Master Lock “Shot Lock” ad.

A Super Bowl ad accounted for almost the entire Master Lock marketing budget. Other concerns included a less-than-stellar performance from a similar concept a decade earlier, plus gun control was a hot topic in the United States in the ‘70s. Master Lock had to get it right, and they did.

The 30-second spot takes the first 15 seconds to set up the ad and give validity, and eventually believability, to what was coming next. The video shows, and the voice over provides the facts: "December 5, rifle range outside Los Angeles, high-powered 30-caliber rifle, 40 yards..." You see the rifle being loaded and shouldered, and then the camera cuts to a shot through the rifle’s scope at a Master Lock hanging on a target – crosshairs centered on the lock. The video goes back to the shooter and you see the rifle recoil before a cut to a close-up of the lock as the bullet penetrates it in slow motion.

Although Master Lock was concerned about a PR backlash, the response was an avalanche of publicity. The graphic example of destroying the lock proved its capability. It didn’t open, and nothing you or a bad guy was going to do could open it.

The company ran a version of the ad during the Super Bowl into the mid ‘90s. After several sources, including media outlets, police departments and the television show Fight Back With David Horowitz unsuccessfully tried to discredit the ad, Master Lock created a Super Bowl spot titled “Doubters” which won the 1983 CLIO Award.

And if all that didn’t convince you of the ad’s validity and the lock’s worth, a real-life scenario in 1997 probably did. Thieves trying to break into Budweiser Farms shot a Master Lock eight times before giving up. It did not open. I repeat, it did not open. The final version of the ad was a one-second spot the company produced that just showed the lock at impact and a logo.

The Milwaukee Journal Sentinel reported that from 1973-1994, the life of the ad, Master Lock’s annual sales rose from $35 million to $200 million. And in a 1994 assessment by the company, it revealed that publicity from the “Shot Lock” ad had reached over 202 million adults, and counting.

Today, Master Lock is a ubiquitous brand, but it wasn’t always so. Master Lock took a shot on a Super Bowl ad – the shot seen ‘round the world.

VI loves everything about the Super Bowl. Most importantly, the commercials. We’re counting down our 10 all-time favorite ones in a series we’ve dubbed the "Super Blog.” This is #2. Click here to watch, read and enjoy… then vote for your favorite.