What matters in an ad? Sometimes the end viewer of the marketing campaign will never know the true strategy. They won’t see that it all began as a timid idea or how it blossomed and wilted and blossomed again to return as something brighter and more fragrant. They may never know, and hopefully don’t, about the twelve people who spent countless lunch hours packed into four person meeting rooms, wringing their hands and rolling up their sleeves and arguing through meetings over the shade of orange or whether the end user would get the “subtle reference.”

They may not see the 32 iterations of work, the missed deadline for the final touch that would “make all the difference,” the wavering, the re-aligning and then the final files and the launch. They won’t get to feel the rush that goes along with the passion of getting the thing right and out the door, and seeing when the message hits, that it hits exactly the way it was intended.

So what is the end user left with after viewing the commercial? Feeling. 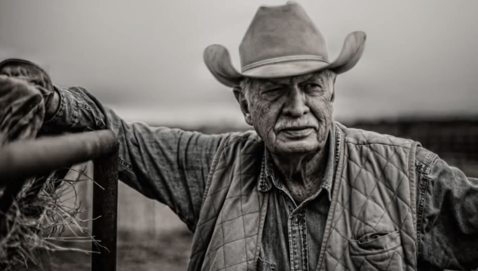 There is something extremely rare about marketing that can move people to emotion. Some pieces, like art, reach much deeper. We strive to make work that matters, so we strive to connect, and in doing so, emotion is a great tool.

Whether hoping to raise awareness or increase engagement or spark some sort of action, humanity is a natural conductor.

The Dodge Ram 2013 Super Bowl spot features an excerpt from the 1978 Future Farmers of America (FFA) Convention, in which Paul Harvey, American radio broadcaster, outlines the role of the farmer as defined by God to be caretakers of the earth and all of its inhabitants.

“And on the eighth day, God looked down on his planned paradise and said I need a Caretaker, so he made a farmer. I need somebody willing to get up before dawn, milk cows, work all day in the field, milk cows again, eat supper, then go to town and stay past midnight at a meeting of the school board.”

Personally, I’m not a farmer, I grew up in the city, but every time I hear this ad I cry. Like a baby. I’m moved. Maybe because I yearn for the simplicity that the imagery embodies or perhaps I take comfort in the old recording with the feedback still so audible and the voice of the generation that raised me. But, the fact remains in 2017 I still remember that if I chose to be a truck girl tomorrow, I’d be a Ram girl.

The authenticity of the audio, being the original recording from the FFA convention and a voice that resonated with over 24 million Americans per week between the 1950s–1990s, or maybe the imagery of the farmland and the brittled hands and the alliteration was what moved us.

Throughout the 2:20 commercial, they only show the Ram truck five times. And only two of those times do you even truly notice the branding, as the rest of the time it's not the focal point of the image at hand.

So be it the familiar voice or the brilliant and touching speech, this spot resonated with millions of Americans, much more than just the 3.2 million farmers that call America home. Perhaps it reminded us of a time and place that was simpler and kinder, and of people that had values like family, community and hard work.

I can’t speak for God and how it all went down on the eighth day, but I do believe that we need a caretaker and I, for one, would be happy and grateful to place my faith in farmers. And I guess by extension, Ram.

VI loves everything about the Super Bowl. Most importantly, the commercials. We’re counting down our 10 all-time favorite ones in a series we’ve dubbed the "Super Blog.” This is #5. Click here to watch, read and enjoy… then vote for your favorite.