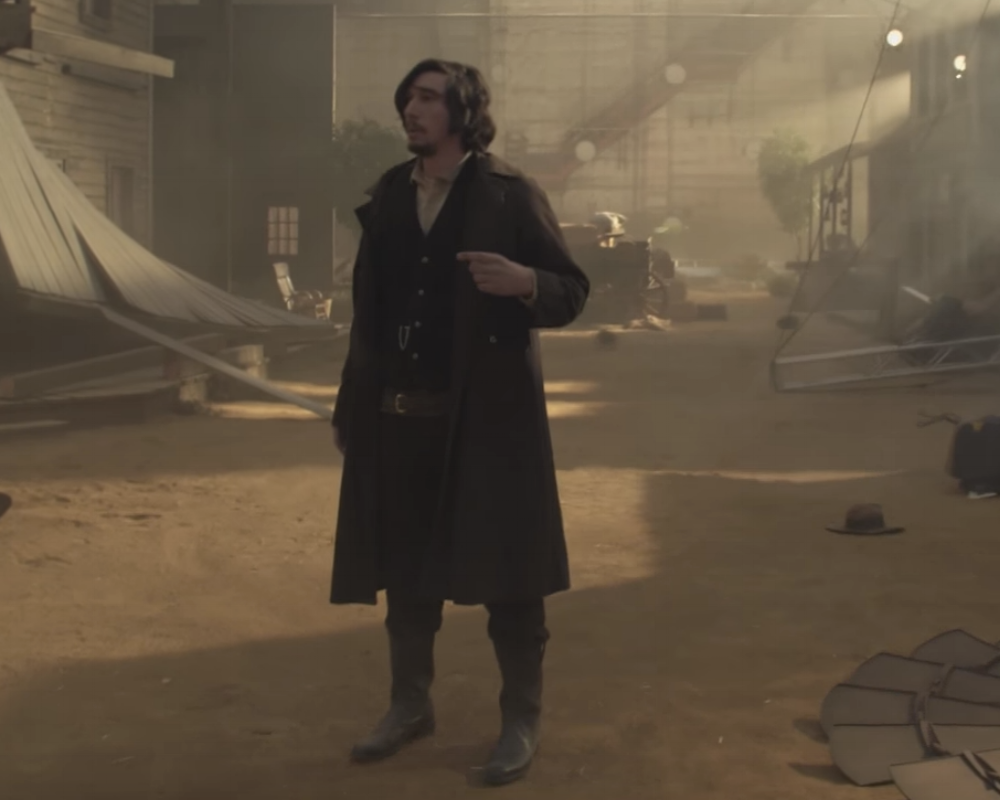 Snickers is the best-selling candy bar on planet Earth. So it's fitting that parent company Mars cooked up a Super Bowl campaign of interplanetary proportions for its mega-selling glob of chocolate gluttony.

According to Adweek, the campaign was to be a "fully integrated 360 campaign to reinforce the brand's connection to hunger satisfaction before, during and after Super Bowl LI." The campaign, created by BBDO and Facebook, was a bold experiment — a multi-channel activation of what was purported to be the first "live" Super Bowl commercial in history. Even better, the live spot promised an appearance by mega-famous actor Adam Driver. Whoever the hell that is.

Let's say it right up front. The Snickers Super Bowl ad was about as live as this "live" 1981 Schlitz Super Bowl ad.

In other words, it was mostly pre-produced. But we'll get to that in a minute. Let's break down the campaign in all its painful and painstaking phases.

The Snickers' Super Bowl 51 campaign was a highly deliberate, multi-phase effort. It kicked off with a series of yawn-inducing teasers on YouTube:

The humor was beyond subtle and borderline solipsistic. Who exactly do casting-call jokes appeal to? I'm inside the marketing bubble, and even I didn't get it.

Next up, The Candy Bowl, a chance for consumers to join "Team Snickers" or "Team Skittles" in return for a chance at winning NFL season tickets. At CandyBowl.Mars.com I breathlessly entered my social security number, thumbprint and DNA sample, only to discover that I was not, in fact, a season ticket winner. Fiddlesticks.

Well, at least I could share the page with my fake Facebook friends to "unlock team content." Except I couldn't. Because when I shared the site on my fake Facebook page, I got zilch. No action whatsoever, as evidenced in this masterfully captured screen grab: 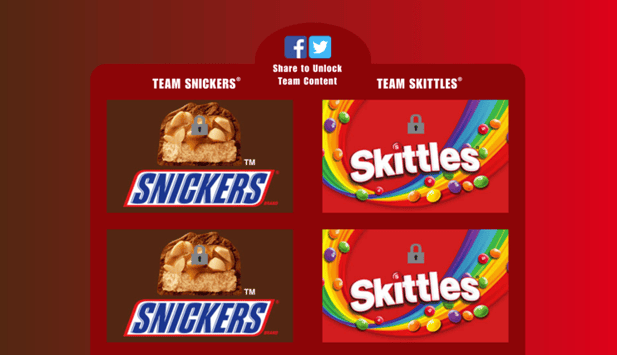 Notice the padlock icons. Thanks, Mars Corporation. 67 Farmville requests later, I received no "unlocked content" for sharing the Candy Bowl on Facebook.

Next up, and this is where things get real interesting, next up came #SnickersLive, a 36-hour live stream on YouTube and Facebook. It consisted of approximately 50% live comedy. The other 50% was split between scenes of a rotating can of kidney beans, soap bubbles floating around fake cacti, a toy cowboy riding a toy Snickers and Roombas colliding on sand that formed the snickers logo. This is where things got alarmingly weird.

During the 36-hour live stream, it became clear that BBDO and Facebook were shooting for the rarified air of anti-humor. If you haven't brushed up on your comedic vocab in recent days, here's a definition from Wikipedia:

Anti-humor is "a type of indirect humor that involves the joke-teller delivering something which is intentionally not funny, or lacking in intrinsic meaning. The practice relies on the expectation on the part of the audience of something humorous, and when this does not happen, the irony itself is of comedic value."

Then, there was "Cactus Football," a skit in which immobile cacti were filmed sitting on Astroturf.  Every minute or so, a subtle camera move was accompanied by graphics reading "1st Down!" And "Pass Interference!" And "Effective Run Game!" The cacti sat there motionless. It was gut-wrenchingly bad.

Several painfully unfunny skits later, we arrived at the live stream's finale — the 15-minute "long goodbye." A super-famous YouTube influencer (who was she?) stared into the camera for 15 straight minutes uttering awkwardly unfunny goodbyes to the audience. There was no escaping it. I had to see it through to the end. I did, and I winced.

Was this supposed to be humor? Unfunny hasn't been funny since Monty Python and Andy Kaufman. Louis CK manages it. Sometimes. The Snickers Live Stream succeeded in making me sweat and gulp nervously. It was acid-reflux-inducingly terrible. But it wasn't anti-humor strictly speaking because the failed jokes didn't deliver comedic value.

But wait for it. Because the first "live" Super Bowl ad since 1981 was about to go down. Here's where it all was supposed to come together. At the start of the third quarter, the Snicker's ad opened on a Wild West town.

Adam Driver moseyed out of a Western saloon, and from there, the spot went haywire. In the opening seconds, Adam "accidentally" knocked down the saloon's facade, causing it to collapse and all hell to break loose. Actors and special effects crews missed their cues. The elaborate set — an entire Wild West town — fell to pieces. Lights crashed to the floor and everything generally went to hell.  The spot concluded with Adam Driver asking for a re-do.

The punchline: "You ruin live Super Bowl commercials when you're hungry."

I'll leave it to you to decide if the spot was in fact live. To my eye, it was a pre-produced farce. But worst of all, it took a haymaker at anti-humor and whiffed. Big-time.

Immediately following the spot, Snickers issued an apology tweet that was clearly pre-planned:

"The #SNICKERSLive #SB51 commercial did not go as planned. We apologize."

We apologize? Does Snickers really think we're that stupid?

In the final analysis, Snickers, Facebook and BBDO created a genuinely new platform: 36 hours of live-streamed content in support of a purportedly live ad. It was a brash, bold experiment that kept me glued to many screens for three days.

Science says there are no failed experiments. You learn no matter the result. 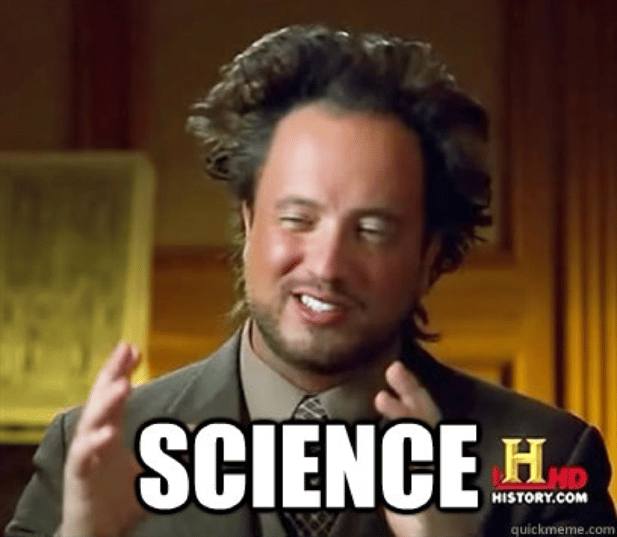 And yet in its attempt to fashion a new ad platform, Snickers appears to have failed. Big time. The campaign was expensive, engrossing, and ultimately alienating.

When you pioneer a new platform, there are going to be some bumps in the road. Snickers hit a bump and launched the family van into the ocean.

But that's the genius of science, I guess.

You can always try another experiment.