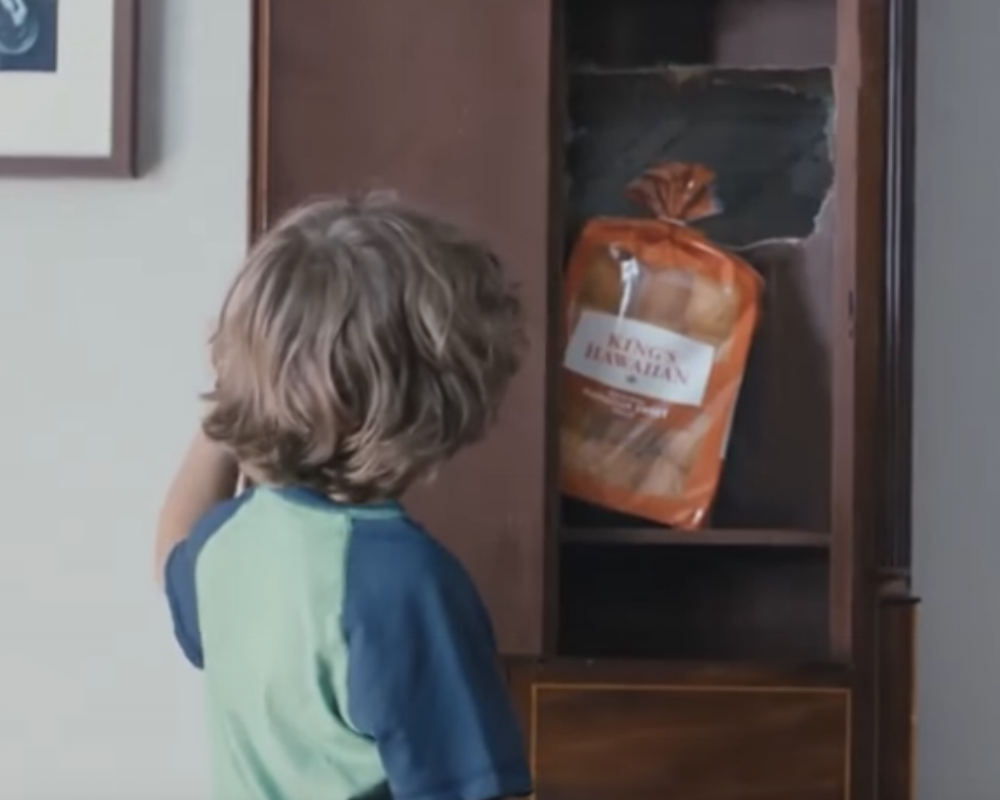 During the 4th quarter of Sunday’s Big Game, King’s Hawaiian took a stab at the big time and ponied up 5 million big ones to extend their brand and introduce a new product. As much as I’m dying to say this was a home run, err, a touchdown, I’ll skip the tacky clichés and just call this piece what it was — every bit as sweet and savory as their rolls with a slice of leftover turkey and some cranberry sauce the day after Thanksgiving!

As an amateur chef, I’m very familiar with the King’s Hawaiian brand. It’s a part of my post-Thanksgiving ritual as previously mentioned, but also for me, a good slider absolutely has to start with a freshly buttered King’s Hawaiian Original Dinner Roll. Heck, it even says “original” in the name, folks!

Mike Bigelow and the team at the Levit Agency absolutely scored a hat trick, err field goal, with this one. In case you were one of the four or five people that missed it, in the King's Hawaiian commercial, a father putting away groceries shows his friend how he stores the brand's rolls in a secret location hidden at the back of a kitchen cabinet. On the other side of the wall, however, the father's child shows his friend how there are always King's Hawaiian rolls inside a clock cabinet. A bottle of the brand’s new BBQ sauce is briefly shown in the kitchen cabinet too, and the sauce is also mentioned near the end of the spot.

With this spot, and with the nod to the new BBQ sauce line, King’s Hawaiian is reaching a much broader audience than previously before. The brand served up a few ads similar in tone during the Oscars a few years ago, but they were mainly targeting women. Moms already get how amazing King’s Hawaiian rolls are. It’s us men that need to be educated.

Bravo to King’s Hawaiian, and bravo to me and my new Coffee Sliders — made with their new Kona Coffee BBQ sauce. I’m calling this a Hawai-win/win!