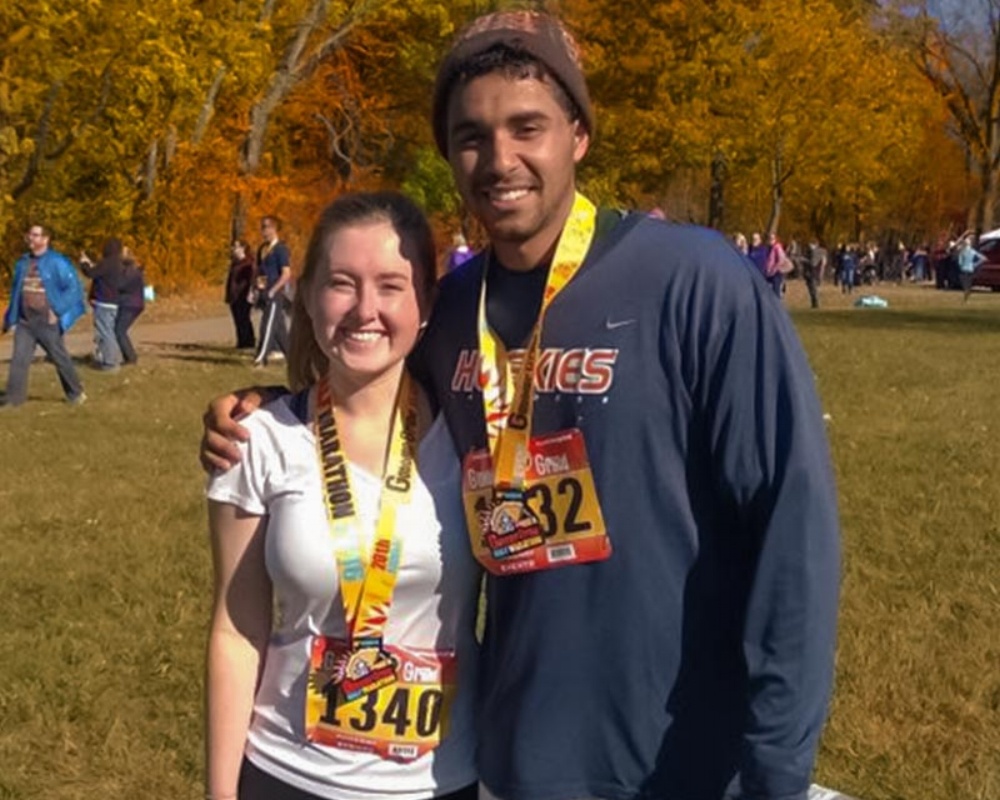 When Sara Naatz moved from Chicago to Kansas City, she was at the height of her junior high awkward phase. The frizzy hair and glasses didn’t make for the easiest start in a new city, but as she looks back on that time, she realizes it was the beginning of a new chapter.

Fast forward a few years and Sara has learned to take the curveballs of life in stride. A firm believer in the philosophy “everything happens for a reason,” it was Kansas City where Sara discovered her passion for running and writing, and where she has continued to set, and accomplish goals through countless injuries and life changes.

Nine weeks into training for her first half marathon, Sara blew out her knee, requiring surgery, rehab and several months off the KC trails. But healthy again this year, she trained 16 weeks and completed her first half marathon (that’s 13.1 miles for you couch potatoes out there) in the Kansas City Gobbler Grind in November.

And while she’s found a home in her heart for running, her heart has found a home in Kansas City. She speaks fondly of the serendipitous nature of her life since the family left the Windy City. If she hadn’t moved to Kansas City, she would never have developed a love of writing, communication and marketing that led her to the University of Missouri, where life lessons were learned in, and out of the lecture halls. She never would have taken a job in Kansas City doing the things she loves around the people she loves. And, she wouldn’t have become a runner.

Sara lives in the heart of the arts district with her boyfriend Jason and two rescue dogs, Howie and Nelson who she is completely obsessed with. They run the trails and sidewalks often, exploring and enjoying the city that she entered so awkwardly, but now embraces with every step of a run, every step of her journey.

She got out of Chicago while she was young - see, Kansas City was where she was born to run.